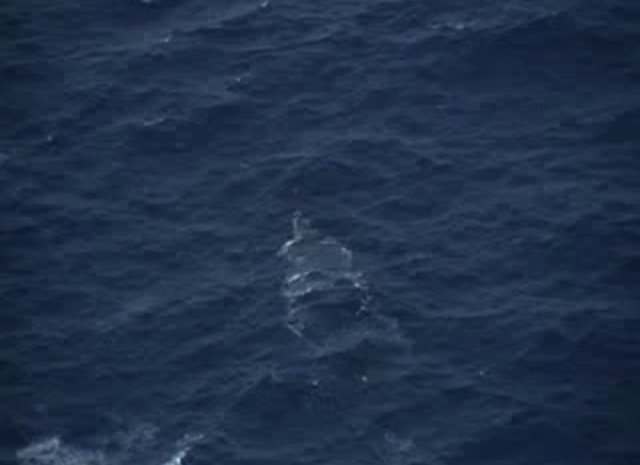 Editor’s Note: This post is inspired by fellow Navy man, Michael P. McGrath, who served on the USS Anchorage LSD-36. He brought to our attention the demise of his ship at the hands of the USS Bremerton. As he puts it,

An ODE to the SHIPS we served

An excerpt from “The United States Navy” (422) by CAPT Edward L. Beach

“There always has been a mystique involving the self-contained little world of a large, well-founded ship, combating the far greater elements of wind and sky and the huge, trackless, sometimes malevolent sea. It was not lessened when the lovely square-riggers with their clouds of grey-brown canvas gave way, unwillingly, unavoidably, to steel behemoths powered by steam engines. There has always been something mysterious, and beautiful, about a ship on the bosom of the sea, something which makes men fall in love with her, even invest in her a living personality. But not only did a big ship become a living, sentient being to those who served her, she was also a community of kindred souls, of men who thought alike and worshipped at the same shrine. Never, even to the youngest sailor, has a ship been only a mechanism. To men who have devoted their lives to ships, any ship – but principally their own ship – becomes their reason for life itself…”

The following was excerpted from http://lsd36.com/Archives/SHIP-INFORMATION.html

“SHIP’S MISSION: To embark, deploy and land elements of a Marine Landing Force in an assault by helicopter, landing craft, amphibious vehicles or by a combination of these methods…

…USS Anchorage was equipped with machine shops and repair facilities, and along with two 50-ton Boat & Aircraft Cranes; one port, one starboard, could provide drydock services for vessels up to harbor tug in size. This is when the flight deck could be removed.

This ship could embark 302 troops and had extensive storage facilities, including 1,400 cubic feet for cargo and ammunition stowage and 8,400 square feet for vehicle storage. Her flight deck had one helicopter spot and could carry two LCAC (Landing Craft, Air Cushion) in their well decks. More landing craft could be carried if the Mezzanine Deck were removed…

USS Anchorage was the first ship to be named after Alaska’s largest city. The ship is lead ship of her class and is the fourth class of LSD to be built. Her motto is ‘Sui Generis’, meaning ‘unique; of its own kind’…

USS Anchorage saw 34 years of honorable service after being commissioned in 1969. Before decommissioning in 2003, USS Anchorage patrolled in three of the world’s oceans and countless trouble spots, deploying 19 times from her home ports of San Diego and Long Beach. USS Anchorage earned the distinction of being the most decorated dock landing ship on the West Coast with 16 awards.”

During the 2010 SINK-EX, after being pounded by all sorts of weapons from the air and the surface, the noble Anchorage stayed afloat. Waiting patiently for her turn, the USS Bremerton was ordered to fire a single MK-48 ADCAP torpedo, and with a perfect shot sent the ex-USS Anchorage LSD-36 to her final resting place.

All images below are sources from the QuickTime video in the link below:

http://lsd36.com/Archives/(QuickTime video of MK48 sinking of the ex-USS Anchorage LSD-36)

A strong ship, it takes almost 22 minutes for the Anchorage to succumb to the death blow from Bremerton’s MK48, yet fate waits, and the ocean receives her.

According to a letter sent out with the official attachment below to all previous Commanding Officers of the USS Bremerton (SSN-698), Captain Chris Lindberg reports that 12:45 today, the Bad Fish, a.k.a. The American Classic is officially decommissioned.

“It has been an extraordinary 40 year run for the best Submarine in the US Navy…” – CAPT. Chris Lindberg.

“TO EVERY OFFICER AND SAILOR WHO STOOD WATCH ON BREMERTON, YOUR LEGACY WILL LIVE ON FOREVER…”

The skipper wants to hear from you

Captain Christopher Lindberg, Commanding Officer of the USS Bremerton SSN-698, in his personal effort to connect with USS Bremerton alumni residing around the world, wants to hear from you and your desire to attend the DECOM Ceremony on May 18th – VIRTUALLY.

Being the skipper of the longest serving fast attack submarine in the United States Navy,  he more than understands the difficulties that the COVID restrictions have had on both public/alumni access to the ceremony and travel. He is ready to hear from you.

Send your messages up until May 16th

Send your introduction to:

NOTE: The DECOM Ceremony is scheduled to be held at Keyport, WA, on May 18th, 2021 at 13:00 (PST). Estimated duration of the ceremony is approximately 1 hour.

NOTE: Due to  the Navy’s continuation of its strict COVID regulations, the DECOM ceremony is not open to public or general alumni access.

The opportunity for 698 Alumni to attend

the Decommissioning Ceremony on

has become a reality

The DECOM organizing committee is requesting a head-count of those who plan to be present at the Ceremony at Keyport.

During this unprecedented time, with restrictions still in effect, the number of alumni desiring to attend is an important factor. The State of Washington and the Navy requirements are monitored on a daily basis for signs of further relaxing of the restrictions. Nevertheless, “early” intel is useful to accommodate the many alumni, supporters and active-duty crewmembers of USS Bremerton who want to be a live part of the boat’s history.

In addition to the DECOM to be held at Keyport’s Naval Undersea Museum, plans for celebration and reunion events on May 18th are currently in progress in Bremerton and Poulsbo (more news to come). The number of alumni planning to take part is of paramount importance.

Please send an email to BremertonReunion.alumni@gmail.com to signal your plans to attend along with a brief description of your service history aboard SSN-698.