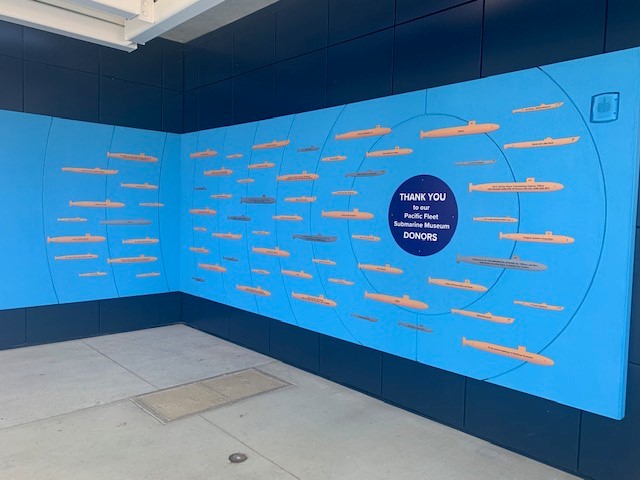 USS Bremerton Alumni participated in a campaign in support of the Pacific Fleet Submarine Museum that was completed in early 2020.

An update from CAPT. Chuck Merkel, Executive Director at the museum:

This is a quick note to update you on our renovation.  When we broke ground in January 2019, we knew there would be challenges, but no one envisioned a world-wide pandemic.  I am happy to report that we are on track to complete our project early next year.  For the latest progress photos, I am regularly updating the drop box at this link:
https://www.dropbox.com/sh/xiuf11kqytm3v6a/AABi739aNdTiODfRx6j2l8Psa?dl=0
.
.

The SSN Plaque is here!

The final grand-spanking total qualified our group for the $25,000 24 inch SSN and it was created in silver to stand out from the crowd. Yes, some killer donations came through on behalf of the Bremerton to bring us up to the highest level. The result is something every BADFISH sailor can take pride in.

The inscription is a composition of several shipmates’ ideas and crafted to fit in the allowable space.

“Dedicated to the USS BREMERTON (SSN 698) Her Officers and Men 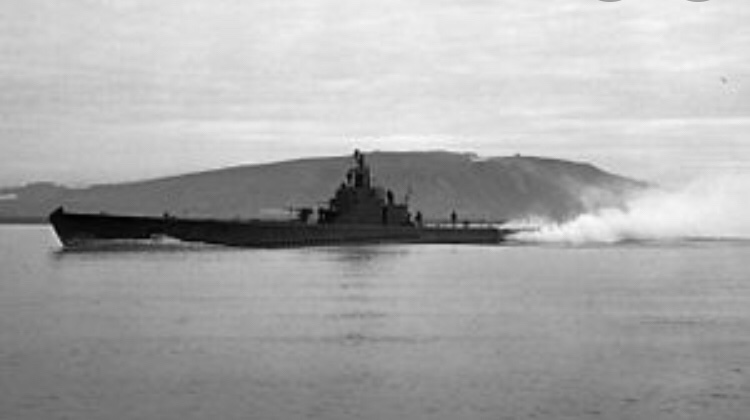 -from “Christmas Retreat” from the Book “Dive!” by Deborah Hopkinson

“There wasn’t much we could do about celebrating Christmas,” said Mel Eckberg. The Seawolf had been on patrol since December 8 with no end in sight; the men would spend their first wartime holiday at sea.

Eck felt depressed about being so far away from Marjorie and baby Spike. He would miss his son’s first Christmas. Yet thanks to some of his inventive crewmates, there turned out to be some surprises. “The first inkling I had was when I strolled into the mess hall after my afternoon watch on December 24.”

As Eck and a few others were leafing through magazines, John Edward Sullivan burst in, beaming and red-faced. “Sully” was the chief yeoman, serving as the clerk for the Seawolf, handling files and supply orders, and maintaining official records.

“ ‘What’s finished?’ ” Eck and the others wanted to know.

Sully led the way into the yeoman’s office. There, Eck laid eyes on a Christmas tree – or at least what passed as a Christmas tree on a submarine at sea. A broom handle served as the tree trunk, with tongue depressors as branches.

“He’d made tinsel by gluing tinfoil from cigarette packages to strips of paper, and decorated the branches with that. He’d painted half a dozen flashlight bulbs green and red and silver and strung them about on a dry-battery circuit, and so his Christmas tree gleamed green, red, and silver  a work of art two feet high….

“We liked that little Christmas tree,” Eck recalled, “ The men would look at it, and someone would say, ‘Jeez, isn’t that a pretty little thing,’ and then you’d hear someone else’s voice ‘Sure wish I was home tonight.’ “

That wasn’t the only surprise. A while later, someone hung up some stockings bulging with with what Eck considered “the wildest collection of junk I’d ever seen in my life. A bunch of garlic; a twelve-inch Stilsen wrench; a can of oil.”

Eck lingered in the small messroom, unable to sleep. Just before midnight, crewmates wandered in to wish one another a merry Christmas.

“There was a lump in my throat,” he said. “I had to swallow a few times, sitting there, thinking.  Here it is Christmas, and Marjorie and Spike alone at home, not knowing if I’m dead or alive, and we’re off Corregidor, and men are dying in Bataan, and we don’t know if we’re going to be dead or alive ourselves twenty-four hours from now.”

On Christmas Day, the Seawolf’s crew got one more unexpected gift – courtesy of the cook. “Gus Wright came into the mess hall [or mess room, the area where enlisted men eat and relax] and announced what we’d have for dinner that night – mince pies. He’d been up all night baking them, twenty of them. Gus was the hero of the boat that day.

“He was a thin fellow, about twenty-eight, with buck teeth and a pleasant way about him; and the fuss the crew made over his surprise made him so happy that his eyes got watery, and he went back into the galley and banged his pans around until he got it out of him.

“A Christmas tree, mince pies – well, it was a better Christmas than the boys had on Bataan and Corregidor, we thought.”

We’re grateful for Mel and his personal story and honor the sacrifices made by the submariners of the Silent Service.