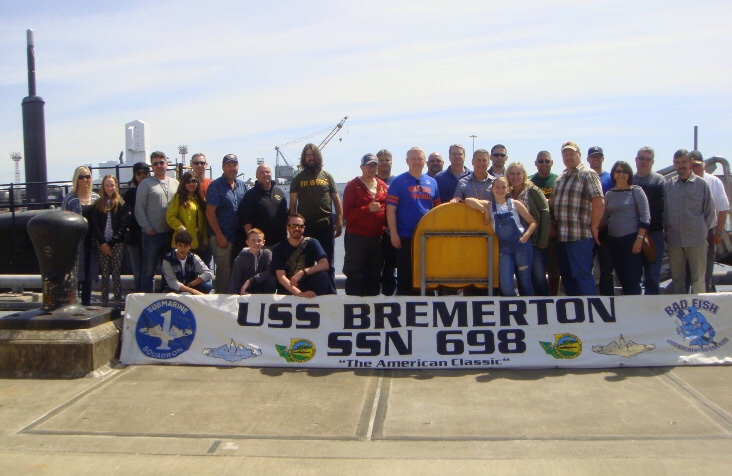 Based on the membership of SSN 698 related social media groups, there are roughly 300 shipmates on-line out of the estimated 1400 to 1500 or more sailors who served on the USS Bremerton SSN 698.

You may know some shipmates who are not using social media and can only be contacted by email, telephone, US Mail or by website. Please forward this information to them.

Capt. Alan R. Beam (698 CO #3), one of the key organizers of events related to USS Bremerton, requested that alumni information be gathered. In effort to consolidate contact information specifically for USS Bremerton SSN 698 alumni, a user driven database on this website has been established where contact and some service information can be entered and collected.

In the header menu you will see 698 Alumni Sign Up. There, you may volunteer your information by clicking on it and entering your contact and other requested information.

By providing some specific service info, we want to weed out imposters as well as help document a part of the history of the 698.  In order to add yourself to the database, some of the service information is not required, though all the information is requested.

This information will only be used by USS Bremerton SSN 698 event organizers and it is understood that your contact information will be used for announcements and other event business. The use of email will help reduce cost of mailing when formal invitations are not required and circumvent difficulties encountered with any given social media platform.

Please, if you are not a 698 Alumni, if you have not served aboard USS Bremerton SSN 698, do not try signing up through the 698 Alumni Sign Up.

In special cases where a shipmate has passed away and you are the primary contact for our lost shipmate, please send a message to bremertonreunion.alumni@gmail.com to request being place on the contact list. We honor the survivors who desire to maintain contact and attend events with those who shared an important part of their loved ones life in the Navy.

If there is significant interest in event info from non-698 personnel, other than survivors, another database may be created. If you are not a 698 alumni and are interested in following events, you can follow this website and/or strongly recommend the Navy League of the Bremerton – Olympic Area website at https://bremolympicnlus.wordpress.com.    You may also contact bremertonreunion.alumni@gmail.com with your request to be added to a contact list, use subject: 698 SUPPORTER with a brief description of your connection with the Bremerton and your contact information.

Keep on reading, important note below…

The sign up tool is designed to provide you a private  link where you can manage your information, however, be on the alert, you may get this email in your spam folder. Please un-spam that email. If you have any issues with receiving the confirmation and link, you may contact this website’s administrator with any problems. Your information can be entered manually by an administrator and, if needed, your lost private link email can be resent.

If you have any suggestions for modifications to the information requested or other bright idea, feel free to contact me at bremertonreunion.alumni@gmail.com 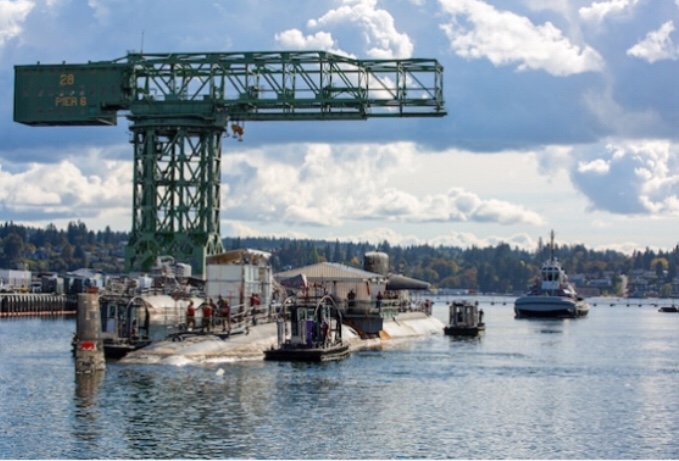 The official date for the Decommissioning of the USS Bremerton (SSN-698) arrived last week from her Commanding Officer, CAPT. Chris Lindberg.

For those of you unfamiliar with the Bremerton, WA area, the Naval Undersea Museum at Keyport is along Port Orchard Bay, 11 miles due north of the City of Bremerton.

Since most of the submarines being decommissioned, including USS Bremerton, are situated in the Puget Sound Naval Shipyard in a security zone known and the Controlled Industrialized Area (CIA), access to the public is off limits.  Therefore, it is virtually certain, ceremonies will be held apart from the submarine. In regards to the actual ceremony’s location, it is highly probable that it will be held at Keyport where other boat’s have held their DECOM events.

DECOM will be the one and last official ceremonial event in Bremerton’s service to the United States. The timing is based on shipyard schedules and key elements of the work involved. In a recent article, it is estimated by CDR Chris Lindberg, 698’s Commanding Officer, that Spring of 2021 is the period that SSN 698 will Decommission.

Commissioned in March 1981, the good ol’ BadFish is looking to make an amazing 40 year run. 40 years! The first U.S. Navy submarine destined to achieve that milestone. Get ready to hoist your glasses with your shipmates, family and friends, that deserves a grande celebration – as bittersweet as it may be.

A fresh buzz surrounds the USS Bremerton community with the mention CDR Lindberg’s target date. Many of the navy alumni, submariners who have called Bremerton their home, have often expressed that one of the best boats if not the best boat they have ever served on was the Bremerton, a fine testament to their shipmates and to the commanding officers they served under.

Last year, meeting up with the boat before she went into the CIA, affectionately known as “Deep Shipyard”, caught many 698 alumni off guard. The sudden  change in operational orders of the boat, coming straight off a West-Pac to go into the yards for DECOM, was game only for the maniac efforts of the most nimble reunioners ready for rapid deployment.

Many who attended were connected through Facebook which made communication in the fast moving situation feasible. Even so, for this event that was almost conjured out of thin air, we final-mustered a group of over 100 BadFish supporters who were willing to divide into four groups over a 3-day period to take one last reminiscent walk across the well-traveled decks and ladders of the fast-attack submarine.

Get your non-Facebook using Shipmates to Act Now

Over the next year we need to get interested alumni who are not members of Facebook onto our contact list.  If you know any alumni who wants to get a periodic update for reunion news, please email Master Chief Steve Everett at his email:  southzvi@gmail.com (Subject Line: 698 Email List).

Please Note: EMAIL outside of Facebook, is preferred to keep costs down, but if you do not even have email, text messaging is low cost alternate. If you are actually still living in the stone age and has neither e-mail or text message ability, we’ll still do our duty to keep you informed the best we can using the postal service.

Now, we’ve got the Navy time-honored event on the horizon – DECOM. We expect to have room to maneuver our personal schedules to get into position; in the meantime, we hope the Navy will avoid doing any Crazy Ivans with their scheduling. The exact date for DECOM is TBA.

Some people were concerned that the ceremony itself will be a restricted affair in regards to security, location and audience size. At this time, it appears none of these factors will be an issue.

This website was developed particularly for those who are not on social media but have access to the internet. So tell your Facebook-hating shipmates to get their email to Master Chief or at least tell them to subscribe to this website to get important updates.

For more information about the museum at Keyport, please click on this link NAVALUNDERSEAMUSEUM

Important News from the CO’s Log of the Bremerton