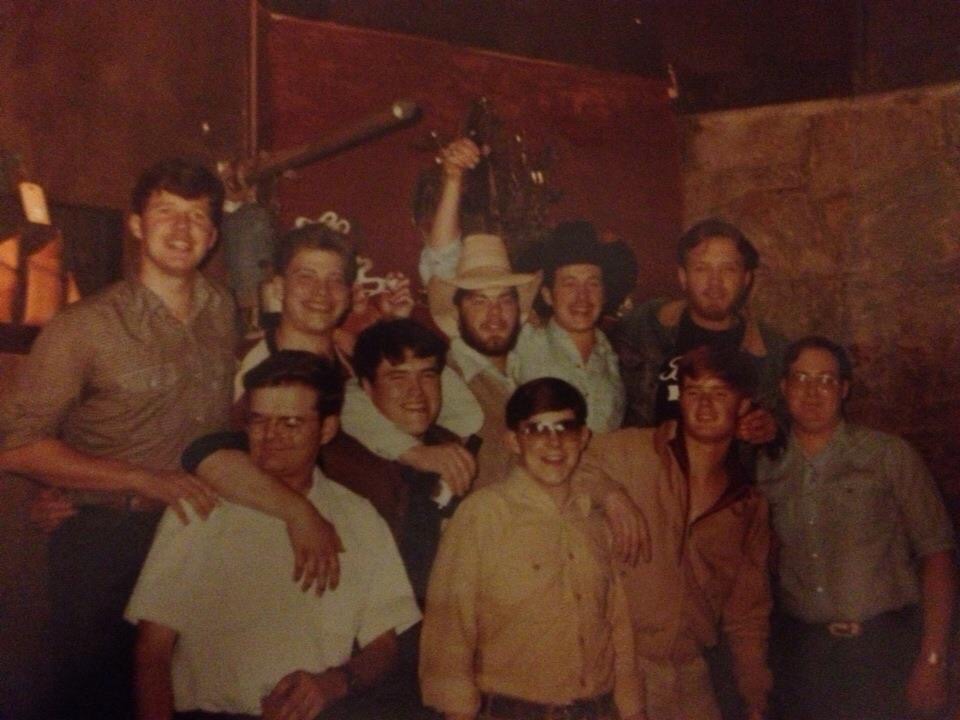 How Norm’s Lounge and the Bremerton Boys came to be

It was late in 1979 the Bremerton Boys were in search of a place to hang out and let our hair down. Someone in our posse heard the soon to be legendary Tommy Cox, was gonna be playing at Rosa’s Cantina. Of course being newly minted sailors fresh out of Sub School we flocked to see this balladeer of the Submarine.

As it turned out Tommy Cox, was a good ole boy who welcomed us nubs as though we were salty veterans of the deep abyss. We danced and cheered as Tommy sang songs of daring do, done by bad ass boat sailors. After his show he willingly engaged us in conversation and informed us he and his band mates would be playing regular at “Tug Boat Annie’s” AKA Norm’s Lounge beginning the next week. Well of course we marked the date and time in our calendars. We eagerly arrived as early birds and staked out prime real estate in the corner near the fire place which was never used. This became our corner.

Tommy and his band arrived and played our songs mixed with some nice covers of the day’s standard country music fare. We all felt like this was a cool place to be. Moving forward every Friday and Saturday night from then until Bremerton left for Hawaii save for a handful of times we were at sea the Bremerton Boys were there in our corner.

We developed a strong bond with the owners Norm and Annie. Yes, Tug Boat Annie, was Norm’s wife. I have no clue how she got that moniker. We were such a fixture in our corner of the bar on those few occasions when we had to go to sea, the staff would close that section off lest some interlopers might attempt to stake it out as theirs.

There were nights at Norm’s when one or more of us would be nursing a single beer for an hour. The waitress would see this and magically that sailor’s beer would be refreshed on a regular basis. Gratis. I know this to be true because I was the beneficiary of this kindness on at least one occasion. I know from conversation others in this group were treated with equal generosity.

Many magical things occurred at Norm’s. My A#1 good buddy Peter Burns met the love of his life Lori there. Another charter member and very dear friend Timmy “Tithead” Naylor, got real good acquainted with his lifelong love Daphne while hanging at Norm’s.

Many of our Bremerton shipmates would stop in every so often some more often than others. We always had a party going on in our corner. We were as much a fixture in there as Tommy and his band. We would be dancing and singing along and on occasion there would be dancing on the tables. The harder we partied the more energetic Tommy and his boys played.

Norm and Annie were also very forgiving. In my youth I was not always patient with folks and on some occasions there were ner’ do wells who sought to interject themselves into our party in what might be considered a rude manner. Normally a discrete trip out to the parking lot would allow a solution for the problem. On one occasion the misunderstanding escalated quickly and someone got a bloody nose right there in our corner. Of course that behavior was frowned upon by most civilized folks and Norm. He came over after the offending group had left.

He had a look on his face and I was sure I was about to get banished forever. I was very sad and angry at myself for behaving as I had.

Norm sat in a chair and motioned for me to sit beside him. The Bremerton boys all moved away as far as they could in the corner giving us space. I think they sensed Woody was about to get the boot.

Norm looked at me like I was the Beaver, and he was Ward Cleaver.

In a very fatherly tone he asked me “What happened?”

I explained in the most contrite manner I could muster up the miscreant who had just been smited about the head and shoulders was talking trash about this place and those of us who were there.  “…I took offense and lost my temper and I am sorry.”

Norm smiles puts his arm around my shoulder and says,

“Yes Sir, I certainly will.”

He got up and never said another word.

On other times during Christmas and New Year’s Norm would close the bar – It would be invitation only. Steamship round and beer. The beef was free we paid for the beer. Tommy would be playing and of course the Bremerton Boys were VIP’s.

Norm bought the building next door. He asked if we would be able to show up on Saturday and help knock down the wall between the two buildings. We did not understand how God could grace us with such great luck. A really cool bar, with a really cool owner, Tommy Cox Band playing AND we get to come in and tear shit up without getting into trouble. Well understand we took great glee in knocking down that wall. Our only regret is we weren’t allowed to knock down the wall on the other side. Norm paid us off in cold Miller beers.

During the time we haunted Tug Boat Annie’s. A number of the Chiefs and Officers including Capt. Anderson made visits on a Saturday night. In our brief time together, in our little corner of a small bar in Groton, Connecticut, we were all royalty. It was a grand time to be alive and none of us will ever trade our time there for anything.

After Bremerton sailed us around to Pearl, Tommy Cox continued to play at Norm’s a few more years. We left there in 1981 and I returned in 1983 for my second trip through Elastic Boat. I of course made my way in there. Our waitress was still there, she hugged me and said Friday and Saturday nights were never the same after we left. I replied the same was true for us.

Editor’s Note: If anyone is able and willing to contribute a few qualified photo’s of Norm’s Lounge with 698 Shipmates and/or especially photos of Norm and Annie or the store front. please contact me through this website. I will amend this article with the appropriate photos.