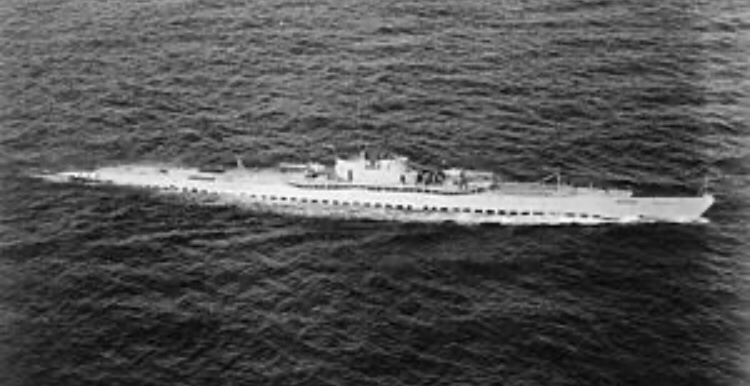 Article by Challen Yee and Sherman Smith, without whom this article would not be written.

Some of you, well probably a lot of you (given my audience) went to see the feature film “Midway” (2019), the action packed “historically accurate” movie that covered a breathtaking amount of epic events in a cinematic whirlwind lasting nearly 2 hours and 20 minutes.

The movie hits you with history that would be best served in a mini-series, though those who are interested may be inspired to go more deeply into a number of subjects as a result of watching the movie. The storyline includes the pre-war relations between Japan and the U.S., the development of the intelligence services, Pearl Harbor with an up-close and personal connection to the USS Arizona, the Marshalls-Gilberts Island raids,  daring Doolittle’s raid on Tokyo and its China connection, an education in the intricate nature of dive bombing, of course, the Battle of Midway, and the interpersonal dramas on both sides that goes along with each chapter…. (okay, I’m catching my breath now….).

Computer generated images have come a long way in recent years and the grand fleet actions could not be reproduced with any historical accuracy without the impressive CGI used by Hollywood with their legions of artists and the latest high performance computers. However, there are some things, that are still better when you have the real McCoy, as we will see later.

The movie  portrays these transformative world events in fast paced Hollywood star-studded style taking on several characters from Admiral Chester Nimitz to LCDR William Brockman, Jr.. Who is William Brockman? You need to brush up on the submarine history. Keep on reading.

Admiral Chester Nimitz is portrayed by Woody Harrelson. Harrelson brings enough looks, gravity and charisma to the key role to make a powerful and believable impression. A much better match, may I say, than Matt Damon playing Carroll Shelby in Ford v Ferrari, a movie that also came out in late 2019.

As much as I admire Carroll Shelby and Ken Miles, there’s no comparison. Chester Nimitz and the servicemen and women of the armed forces fighting for the survival of the United States and the free world is a course defining crisis that must be remembered and honored as part of our critical past.

Lovingly mixed in with the entire aircraft carrier, fly-boy mega-drama is the story of the USS Nautilus SS-168, a Narwhal/V-Class boat stationed out of Pearl Harbor under the command of LCDR William H. Brockman Jr.

At the time of the Doolittle Raid, April 18, 1942, the developing story suggests there is a submarine aspect of the Battle of Midway as the audience is introduced to characters serving onboard the Nautilus, moored along a pier at subbase Pearl Harbor. In real life, the Nautilus was being modernized at Mare Island Naval Shipyard, California and was not in Pearl. The timeline is reasonable close as Nautilus departs Mare Island for Pearl in late April.   Hey, we’re within a few weeks, close enough for government work. The producers sought to give the Silent Service its due beginning by portraying life on a sub and we are grateful.

The first scenes are well crafted beginning with a nest of the submarines at Pearl Harbor. We enter crews mess with a close up of the antique radio as crew members are tensely focused on a radio broadcast from Tokyo. we get some close ups of our star submariners including the skipper (portrayed by James Carpinello).

As the story develops and the warring battle groups position themselves, we follow Nautilus and her crew into harm’s way, the intensity of the action with depth charges and torpedoes is worth the price of admission. It could be the first movie ever to realisticly detail the skipper doing a face plant into a raised periscope during a depth charge attack. The torpedo room scenes of readying a torpedo tube for firing are a beautiful site. I believe the post theater version has a few more torpedo room scenes.

Through the portrayal of Nautilus’ story, we further record the crucial role the submarine played in the success of the Battle of Midway as the key flight of dive bombers under the command of Wade McCluskey and Richard “Dick” Best, flying without any idea where the Japanese carriers are, sight the destroyer returning to its task force at flank speed after laying down depth charges around Nautilus. On McCluskey’s hunch, the bombers follow the ship back to the Japanese fleet and the rest is history.

How authentic were the submarine scenes in the movie Midway? According to Capt. Chuck Merkel (ret), the Executive Director at The Pacific Fleet Submarine Museum and USS Bowfin Memorial, the producers used the USS Bowfin for all interior scenes. Bowfin is in outstandingly restored condition, giving all the authenticity needed for WWII era scenes and providing all the actors a good taste of what it was like to fight in the tightly enclosed and complex spaces of a WWII submarine.

So how does the Bremerton connect to this incredible World War II flick?

The BADFISH via SANTA FE connection to MIDWAY

What you may not know is the producers sought some real live Navy men to fill some of the roles in the film, and it is a pleasure to report that our shipmate Sherman Smith’s son, MMN1/SS Sampsun James Smith, plays a speaking part of one of the dungaree wearing submariners.

Sherman, who served as a QM/SS aboard Bremerton in the 1980s quipped, “[Sampsun] always wanted to wear dungarees,” since dungarees are currently not part of the official seabag for Navy enlisted personnel.

Petty Officer Smith, the younger, was attached to his first submarine, the USS Santa Fe (SSN-763), stationed at Pearl Harbor when he got the opportunity to audition for the movie. He certainly made an impression on the movie staff since he was awarded a speaking part portraying one of the WWII enlisted submarine sailors.

The following is reported to me from shipmate Sherman Smith:

Sampsun was stationed on the Santa Fe when the call for extras went out. He walked up to Squadron and got picked. Because he got a line to speak he got his own trailer. The support staff called him ‘Mr. Smith’.

It’s kind of funny how his 7-word line kept on getting shortened, but a line is a line.

We are introduced to Sampsun with the best closeup of a crew member in crews’ mess during the Nautilus at Pearl Harbor scene.

In the battle, Nautilus audaciously weaves her way into the Japanese battle group, as the enemy warships are swarming all around her. This high density threat combat condition was perhaps unprecedented in US Navy submarine history, as Brockman is determined to sink a carrier and not just any of the heavy escorts. Count on a submariner to go for the gusto.

The scene in the conning tower seems rigged for red for effect, there’s the skipper and the XO working the periscope, and our man Sampsun is in a key role manning the TDC (Torpedo Data Computer) where as the spinning dials are set he calls out the confirmation that the periscope observation and the TDC solution “MATCH”.

Are there more roles for Mr. Smith?

Impressed with the young Mr. Smith, the studio has sought him for additional roles with a part in the next Kong movie, according to Sherman. Seems like Join the Navy see the World has a new meaning.

Now we know where he gets his good looks. 🙂

Our Submariner Stars onboard a 688

So what did you think of the movie MIDWAY?